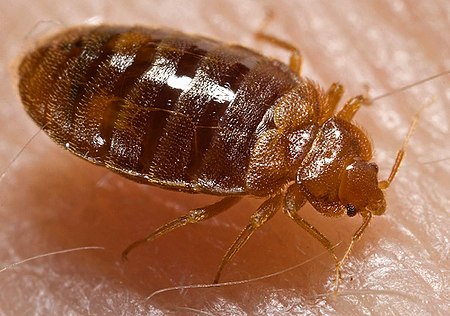 Bed bugs are a type of insect that feed on human blood, usually at night. Their bites can result in a number of health impacts including skin rashes, psychological effects and allergic symptoms. Bed bug bites may lead to skin changes ranging from invisible to small areas of redness to prominent blisters. 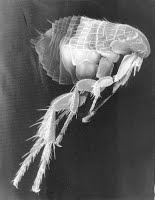 Their common name comes from one of their favorite hosts, dogs, the other being rabbits. Like other fleas found in homes, they cause discomfort by biting, but they can also transmit several diseases such as plague and murine typhus. Dog fleas are found throughout the United States and the rest of the world.

Habits Although American cockroaches are found in residences, they are much more common in larger commercial buildings such are restaurants, bakeries, grocery stores, food processing plants, hospitals, etc., Where they usually infest food storage and food preparation areas, basements, and steam tunnels. During summer months, they can be found outdoors in yards and alleys. 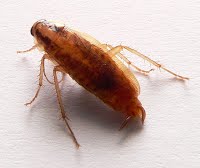 The German cockroach is by far the most important and most common of the cockroach. In addition to being a nuisance, it has been implicated in outbreaks of illness, the transmission of a variety of pathogenic organisms including at least one parasitic protozoan, and allergic reactions in many people. This species has worldwide distribution.

Habits German cockroaches are found throughout striations but show a preference for warm (70°F/21°C) and humid places.

The common name reflects the fact that this species is a major pest of boxelder trees, Acer negundo Linnaeus. Boxelder bugs are primarily a nuisance pest because they enter structure to over winter.

Habits: The over wintering adults emerge from hibernation when the boxelder buds open and fly back to their host trees, typically in late April to early May. In the autumn boxelder bus become gregarious and congregate on the south side of rocks, trees, and buildings where the sun hits. After large masses congregate, they may fly to nearby building to hibernate from the winter. 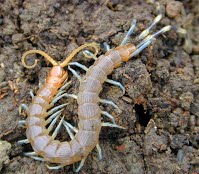 Centipedes are sometimes called “hundred-legers” because of their many pairs of legs. Some species can inflict a painful bite, but it is not lethal.
Habits Centipedes are typically found in areas of high moisture such as loose bark, in rotting logs, under stones, trash, piles of leaves and grass clippings, flower-bed mulch, etc., where their typical prey is found. 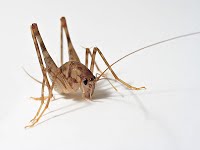 Camel crickets get their common name because of their humpbacked appearance, the cave cricket group because of being commonly found in caves, and the stone cricket group probably because they are often found under stones.

Habits Outdoors around buildings, they are typically found in cool, moist situations such as under mulch, stones, railroad ties, wood piles, debris, etc. They are nocturnal or active at night and hide during the day.

The common name of “earwig” comes from an old European superstition that these insects enter the ears of sleeping people and bore into the brain. This belief is without foundation. Earwigs are worldwide in distribution, with about 22 species occurring in the United States.

Habits Earwigs are nocturnal or active at night and hide during the day in moist, shady places such as under stones or logs, or in mulch. Neither the eggs or nymphs can withstand long period of dryness. 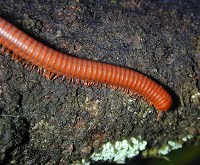 Millipedes are sometimes called “thousand-legers,” but they usually have 30-90+ pairs of legs.

Habits Millipedes have high moisture needs like pill bugs and sow bugs. They are typically found in areas of high moisture and decaying vegetation such as under trash, piles of grass clippings, flower-bed mulches, leaf litter, et

These spiders gets their common name from the popular belief that the female eats the male after mating, a phenomenon which rarely happens in nature. Young spiders primarily orange and white but acquire more and more black as they mature with markings very similar to those of males. With one or two reddish markings on underneath side of abdomen. 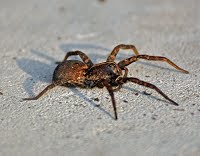 These spiders are often big and hairy which alarms some people, but they are primarily nuisance pests. Over 100 species occur in the United States and Canada. 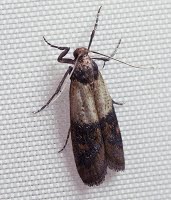 The Indianmeal moth was given its common name by early American entomologist (Asa Fitch) who found it feeding on cornmeal (Indian meal). It is probably the most important and most commonly encountered pest of stored products found in the home and in grocery stores in the United States. Of Old World origin, it is now found worldwide.

Habits The adults cause no damage the larvae are surface feeders and generally produce allot of webbing throughout the infested part of materials. They are general feeders and attack grain and grain products, a wide variety of dried fruits, seeds, nuts, graham crackers, powdered milk, biscuits, chocolate, candies, dried red peppers, dried dog food, and bird seed. When the larvae wonder about looking for pupation sites in homes, they are often mistaken for clothes moth larvae. Adults are attracted to light.

The Norway rat is the largest of the communal rodents and the most common communal rat in the temperate regions of the world. It not only damages/destroys materials by gnawing, eats and contaminates stored food, but it is also of human health importance as a vector or carrier of diseases.